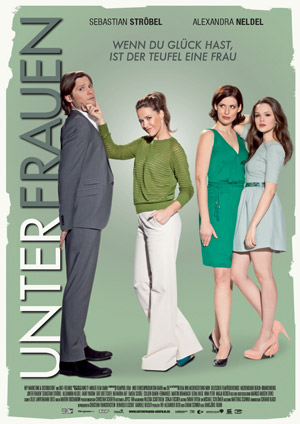 This time Alex, a notorious womanizer, has gone too far: three liaisons at the same time are two too many. The deceived women join forces and send the manic macho to hell, so to speak…

When Alex comes to after his “accident”, the world has turned upside down. A world without men! Not only is Alex surrounded by women, he is even perceived as being one himself. And no one has even heard of a species called man. On his search for an exit to this feminist parallel universe Alex meets the beautiful Paula, who movingly takes care of her grandmother Anni. Little by little Alex realizes that he has to become a better human being before being able to become a man again.